These are ever-changing times for recruiters. The last 12 months have been rather unpredictable, with so many different influences on business, society and the world in general that it’s been hard to keep track of where the growth areas are. But what will happen in 2020?

Where can we in the recruitment industry expect to see the greatest demand over the next 12 months?

There’s been a shortage of staff across the NHS for a number of years, but with the new government committing to spending an extra £34bn or so by 2023/24 and recruit 31,500 new nurses and an extra 5,000 GPs, it could be a huge opportunity for recruiters – especially those with connections abroad, where many of the extra medics may come from (certainly in the short term).

Climate emergency, Extinction Rebellion, Greta Thunberg and even Sir David Attenborough rarely seem to have been far from the headlines in 2019 – and it’s focused leaders’ minds on making all sorts of environmental commitments, particularly in sourcing energy. October 2019 saw 40% of our electricity come from renewable sources for the first time, and the government’s pledged to be carbon neutral by 2050 – so expect strong growth in positions in this sector. It’s estimated that by 2027 221,000 new recruits will be needed to fill the skills gap.

The automotive industry is going through a period of great change, as carmakers switch from fossil fuels to electric/hydrogen-powered vehicles – so while sales may currently be at a low ebb, there’s real demand for engineers in the industry to help bring in these new technologies. Part of that is the infrastructure needed for practical electric-powered transport – just part of the government’s major £100bn commitment to a range of infrastructure projects including HS2, full-fibre broadband, road and rail upgrades, the Northern Powerhouse and more. Which, in turn, will need more engineers…

2019 was a mixed year for construction. After a strong start, as Brexit dragged on the industry pretty much ground to a halt – but now, with more political and economic certainty, much of the investment that was held back is being released to allow projects to get under way once more. The government’s infrastructure commitments also include many construction projects, together with a pledge to build 1m new homes over the next five years. Other factors may come into play too. The construction workforce is rapidly ageing, with over 20% of tradespeople over 50; couple that with Brexit perhaps seeing many of the foreign workers (currently 8% of the UK construction workforce, according to the ONS), and demand is likely to be through the roof (pardon the pun!).

IT & Communications
Perhaps it’s inevitable, but the tech sectors continue to flourish like never before. Growth in actual computing power may be slowing, but its broader impact on other sectors means there’s incessant demand for the right people. Data’s the big thing now – according to a recent survey by the Royal Society, of the 9.2m UK job ads posted over a 12-month period, 10% were for people with data expertise. And according to an IBM report, “machine learning, big data and data science skills are the most challenging to recruit for, and can potentially create the greatest disruption if not filled.” Which presents recruiters with another huge opportunity in a specialist sector.

Others worth watching…
Of course, many other sectors may prove just as big an opportunity. Financial services, logistics & distribution and the public sector are just three, but their prosperity has been affected by Brexit and political uncertainty. It’s difficult to say just how well they’ll fare in 2020 until the UK/EU trade agreement starts to take shape, for example.

IR35 – the fly in the ointment?
Another factor to look out for is the introduction of IR35 in April. As we outlined in a previous blog, sectors that rely on temporary workers and contractors (such as construction and healthcare) could be greatly affected by it – although the new government has promised to review the intended changes…so watch this space!

Wherever you find success in 2020, the team at Back Office can help your recruitment agency run smoothly and efficiently – leaving you to focus on what you do best. If you’d like to know more, just contact us on 01260 280 290.

Employment Law Changes to Watch Out For in 2021

Are you aware of the upcoming changes to work regulations? As we begin to navigate the aftermath of Brexit and ... 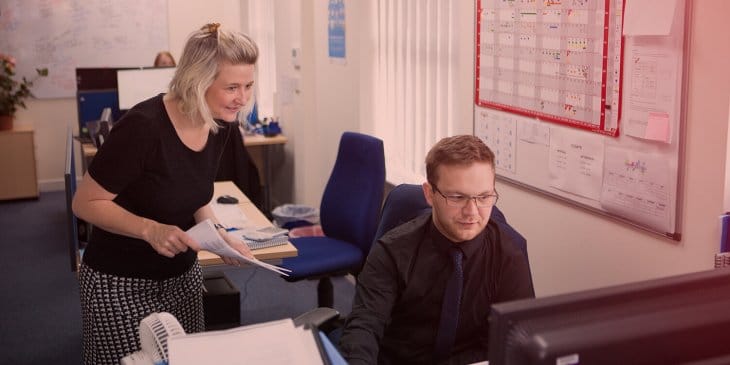 Your check-list for choosing the right payroll funding provider

Recruitment has always been about people. And for us at Back Office, so has providing financing, payroll and admin support ...